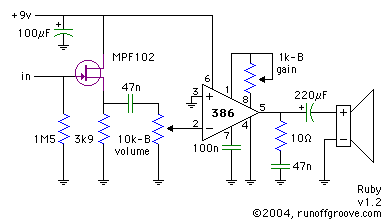 Ruby has many shades of sparkly clean all the way up to a great, natural overdrive. The input buffer helps to retain treble detail going into the 386 chip. As you increase the Volume, you will start getting nice breakup. Where the Little Gem is similar to a "master volume" amplifier, Ruby is more like the "non-master" volume amps. If the Little Gem can be considered Marshall-ish, Ruby could be called Fender-ish or like a JTM 45.

An MPF102 FET is specified for the buffer, though a 2N5457 will offer similar results. A J201 will work, but produces a slightly lower output. Also, Ruby was developed using a JRC386D (available from Small Bear Electronics), but any 386 can be used, including the type sold at RadioShack. 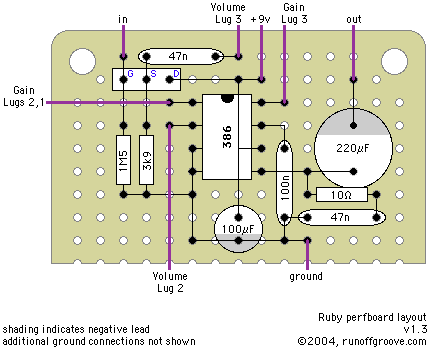 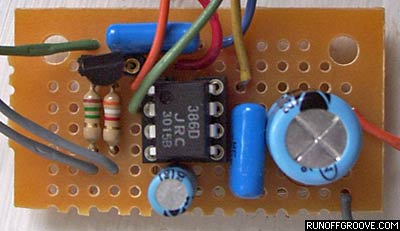 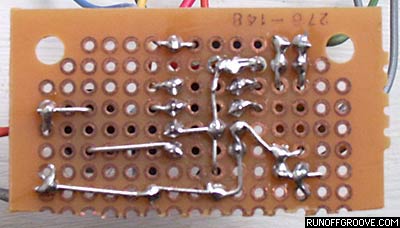 Ruby by runoffgroove.com is licensed under a Creative Commons Attribution-NonCommercial-ShareAlike 3.0 Unported License.
Permissions beyond the scope of this license may be requested.